You are here: Home / Uncategorized /
In one of my hospital chaplain volunteer shifts, I entered a room in the ICU where a 32 year old woman was in an irreversible coma. She was brain dead. Her family was in the room, emotionally distraught and sad to say the least. We were praying. I was talking to her parents about their daughter and about what had happened to her.
At one point, they asked me if I think that she can hear the family and are aware of them in the room despite being in a coma? I told them that I believe she does! I believe that her soul within her physical body had a full awareness of everything that is going on. I advised them to continue to talk and express their love for her as if she was awake and conscious.
A few minutes later, one of the doctors entered the room and was asked the same question by the family. The doctor provided them with a different answer than mine. He said that she is unaware of anything any longer due to the inability of her brain to function and her coma state.
Although disappointed with his answer, it was an answer that I expected from a man of science as opposed to my answer being a spiritual chaplain.
I don’t know what they felt or did with those two different perspectives. My hope is that, intuitively, they knew that their daughter was fully aware of her surroundings, fully aware of them, and fully aware of the immense love that she had before she left this planet and went home.
Unfortunately, two days later, she passed away.  On my next shift at the hospital, I learned that this heroic woman and her heroic family saved six other people by donating her organs.
After this experience, I wanted to talk about this important and sometimes confusing difficult topic. 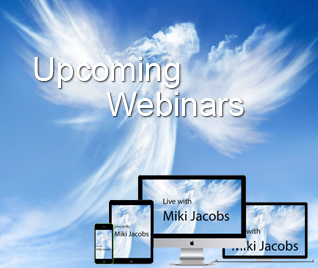 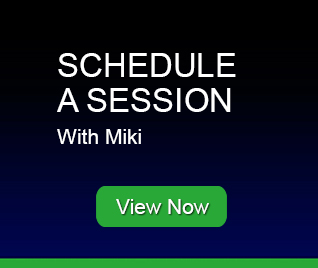 Miki's book, Soul Secrets, reveals information about your “Team” in the Spirit World, and about the ways in which you can contact them.

Our regular office hours are 9:00AM to 5:00 pm PST, Monday through Saturday. During this time, the staff is occasionally available to take calls to schedule appointments, register you for a class or workshop or to answer any general questions you may have about Miki and her services. Please leave your message and you will receive a call back as soon as possible. Miki is unavailable for phone calls.

Keep in touch with Miki all year long. Get the latest news on her book tour, workshops, classes, gallery readings, spiritual messages and affirmations. You will have special offers and discounts delivered right to your inbox! SIGN UP NOW!

This website uses cookies to improve your experience. We'll assume you're ok with this, but you can opt-out if you wish. Read More